All of the data about Austin ISD was collected from 2014-15 TEA School Report Cards, which are available on both the TEA website, and individual school websites.  The Austin data does not include Middle or High Schools.  This is only a look at segregation in the Austin elementary schools.

In Austin ISD 60% of students are economically disadvantaged. (Economically disadvantaged, for the purpose of this research, consistent with TEA reporting, means qualifying and receiving federal free or reduced price lunch, FRPL.) Below is a graph showing the economic demographic distribution in our elementary schools. The red line shows the average for the district. 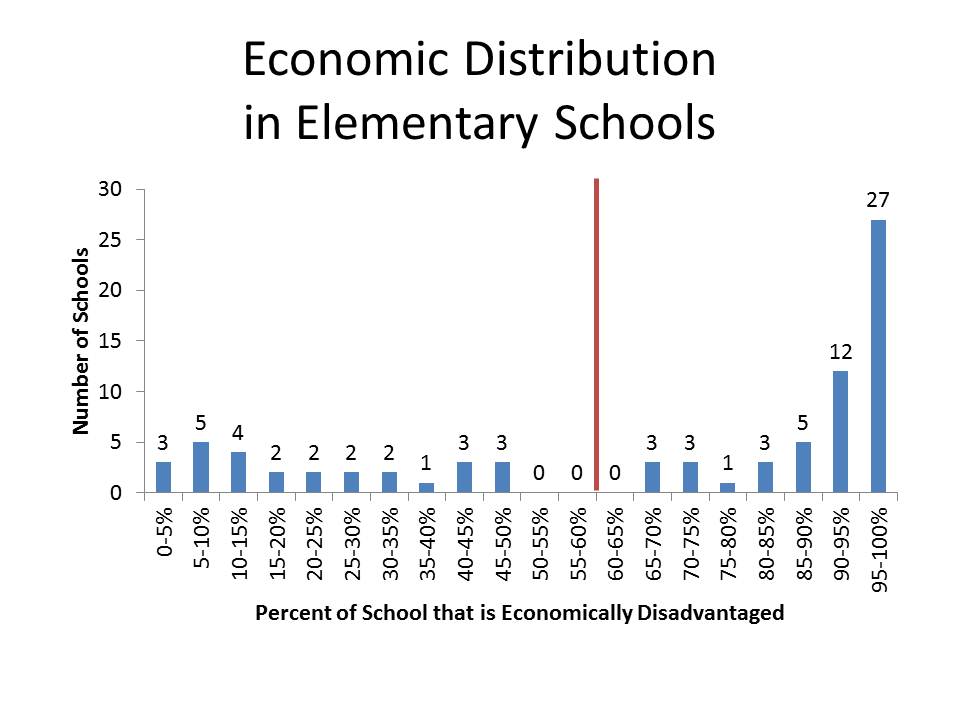 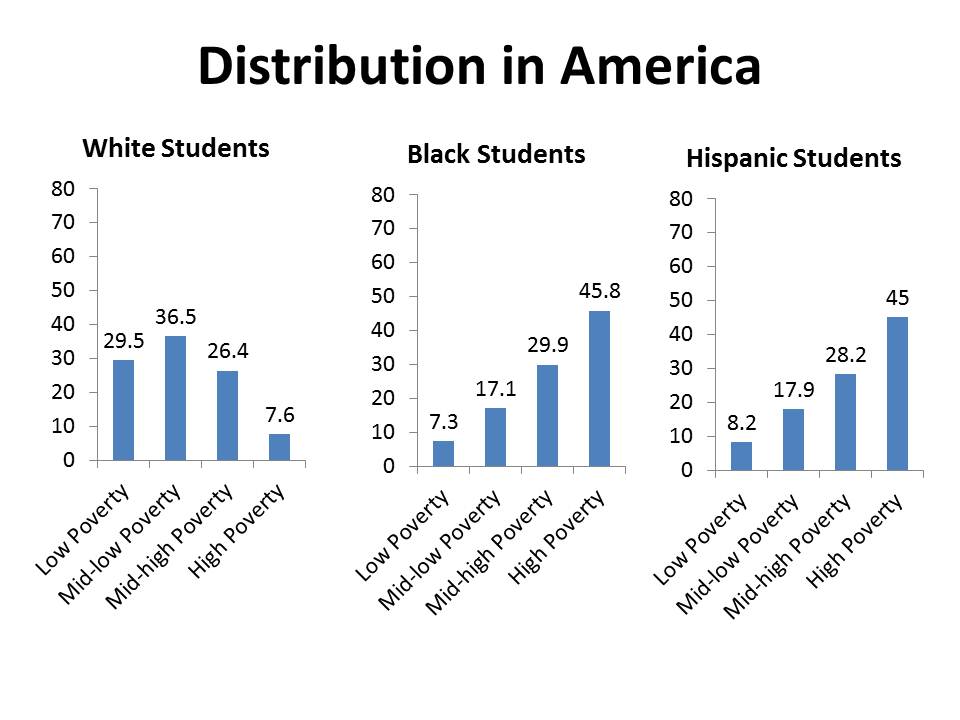 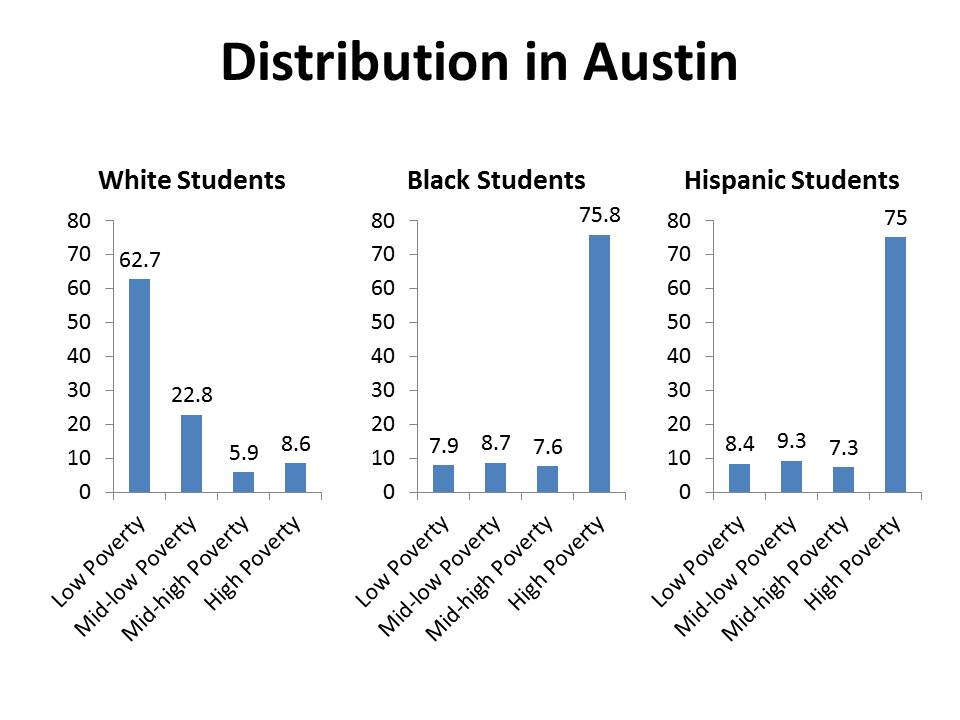 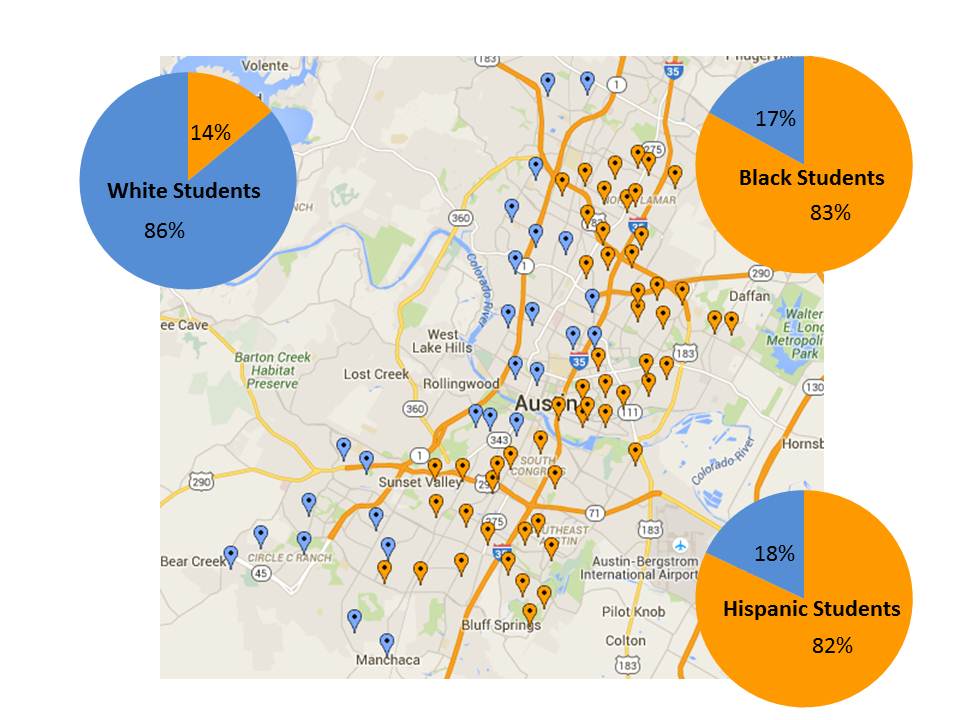 You can find the map with all of this data here: https://batchgeo.com/map/dbed23d753fda13a14734de40a47e369
It is interactive, so you can hover over each pin and see the school that it represents, and its demographic data.